A blog about all things related to flowers.
Teleflora Blog

Edible Flowers and How to Use Them

Edible Flowers and How to Use Them

Besides their look-don't-touch appeal, some flowers can also be eaten safely. Edible flowers are part of cuisines around the world, including Asian, European and Middle Eastern cuisines. They are added to foods to boost taste, color and aroma. You can put them on main dishes, salads or desserts. In the way of chocolate treats, bulbs are sometimes set on top of the dessert or on the side of plate to add elegance.

Also called banana hearts, these flowers are purple-maroon blooms that are used in Southeast Asian cuisines. To incorporate them in your meal, remove the tough covering until you get to the white, tender hearts of the blossom. Then slice them and let them sit in water until most of the sap is gone. If you're going to eat them raw, purchase the kind that aren't bitter.

Carnations have surprisingly
sweet petals. They can be soaked in wine or used as a cake decoration. In fact, they have been one of the secret ingredients in Chartreuse, a French liqueur, for hundreds of year. When using these petals in desserts, remember to cut them away from the bitter white base of the flower.

Sweet like licorice is how many people would describe the taste of clovers. The white and red clover blossoms were used in folk medicine against rheumatism and gout, and Native Americans used whole clover plants in salads.

While mature dandelions turn bitter, this member of the daisy family is
sweetest when picked young. It's also true that the the buds taste better than the flowers. To cook, try them steamed – especially in wine. They are good raw in sandwiches and salads.

It's worth noting that many flowers technically considered edible do not taste great. Additionally, one important thing to remember is that not every flower is edible. You should never use pesticides or other chemicals on any parts of a plant that you plan on eating. 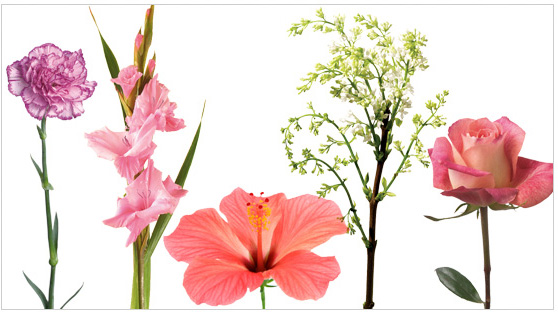 This article is brought to you by Michelle Farrell and
published by Teleflora.

Flowering Herbs that are Beautiful and Delicious

How Long Can Flowers Go Without Water? Our Best Flower Care Tips

Are You Sure that Plant Needs Water? 5 Signs of Overwatering Plants

A blog, by Teleflora, about all things related to flowers: entertaining, decorating, gifting, and more!

Receive Teleflora emails and be the first to know about exclusive offers, promotions, and more!